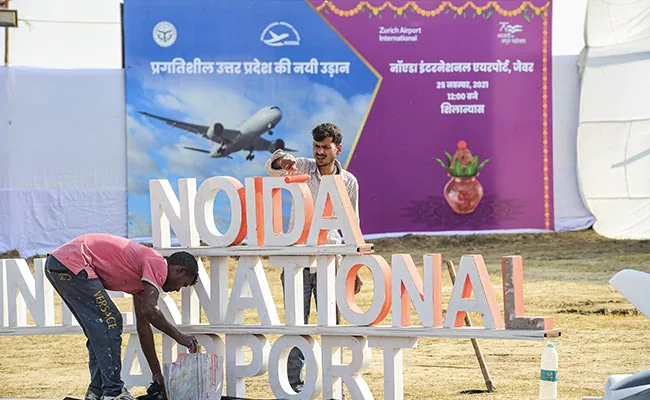 PM of India Narendra Modi will lay the foundation stone of the Noida International Airport in Uttar Pradesh’s Gautam Buddh Nagar at 1 pm. This will be UP’s 10th air terminal and its fifth international airport – the most of any state.

“25th November is a major day for India’s and Uttar Pradesh’s strides in infra creation. At 1 pm the foundation stone of the Noida International Airport will be laid. This project will significantly boost commerce, connectivity, and tourism,” the PM tweeted. Chief Minister Yogi Adityanath said he expects investments of over ₹ 10,000 crore after the first phase and up to ₹ 35,000 crore once the airport is fully built.

In a statement given Wednesday, the centre said the development of the airport was in line with the Prime Minister’s vision of creating a “future-ready aviation sector”. The centre also claimed “special focus” on UP – which will hold elections next year, with the BJP bidding to retain control of the key state ahead of the 2024 general election.

This will be PM Modi’s first public event in western UP since he reported the withdrawal of the farm laws last week. The three laws triggered 15 months of fierce protests, with a bulk of protesting farmers from Punjab and the western districts of UP.

The new airport will be around 72 km from Delhi’s Indira Gandhi airport, which is the only other international airport in the national capital region. It will be about 40 km from Noida and roughly the same distance from a planned multi-modal logistics hub at Dadri.

It will be spread north of 1,300 hectares and worked more than four stages, with work on the first scheduled to be finished by 2024 – when the nation will vote in the Lok Sabha election. The estimated cost for the first phase is ₹ 10,500 crore, the centre has said.

Completely operational, the Noida International Airport is expected to serve around 1.2 crore travelers each year, with Delhi, Noida, Ghaziabad, Agra, Faridabad, and close-by regions set to benefit. It will also decongest traffic in and around IGI airport, the centre has said.

Connectivity will be handled by a “multimodal transit hub” with metro and high-speed rail, as well as taxi and bus, services. Noida and Delhi will be linked via “hassle-free metro services” and major roads will link the airport to other cities, the centre said.

The cargo terminal will have a limit of 20 lakh metric tons, which can be extended to 80 lakh metric tons. The centre said, would work with “seamless movement of industrial products” and help boost industrial growth in the region. Billed as India’s first ‘net zero emissions’ airport, the centre also land will be set aside for a ‘forest’.

Uttar Pradesh has eight functional airports as of now, including international airports in Lucknow and Varanasi (Prime Minister Modi’s constituency). A third was inaugurated at Kushinagar (a Buddhist pilgrimage site) last month and a fourth – in the temple town of Ayodhya – which the BJP has grand plans to convert into a tourist hub.