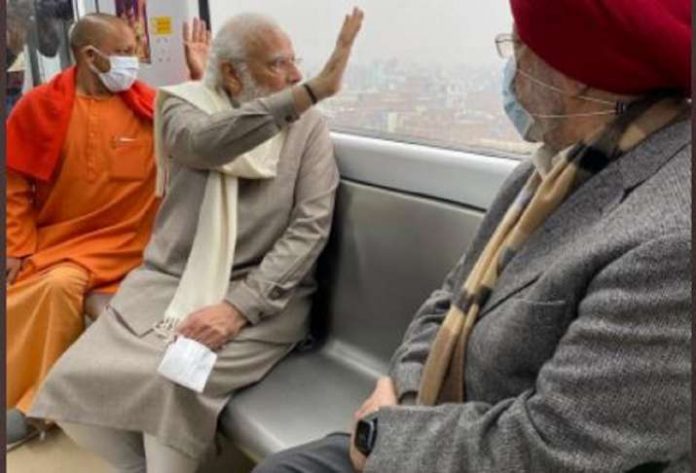 Prime Minister Narendra Modi took a ride of Kanpur Metro after launching a new section of the ₹ 11,000 crore metro project in the city today. The prime minister was accompanied by Chief Minister Yogi Adityanath as he undertook the ride from the IIT metro station to Geeta Nagar.
This completed nine-km long section is from IIT-Kanpur to Moti Jheel.

The whole length of the project in Kanpur is 32 km and is being worked at an expense of over ₹ 11,000 crores, according to the Prime Minister’s Office (PMO).

PM Modi will also inaugurate a 356-km long pipeline project during his visit to the city.

The Bina-Panki pipeline project has a limit of around 3.45 million metric tons for every annum. Extending from Bina refinery in Madhya Pradesh to Panki in Kanpur, the project has been built at a cost of over ₹ 1,500 crore.