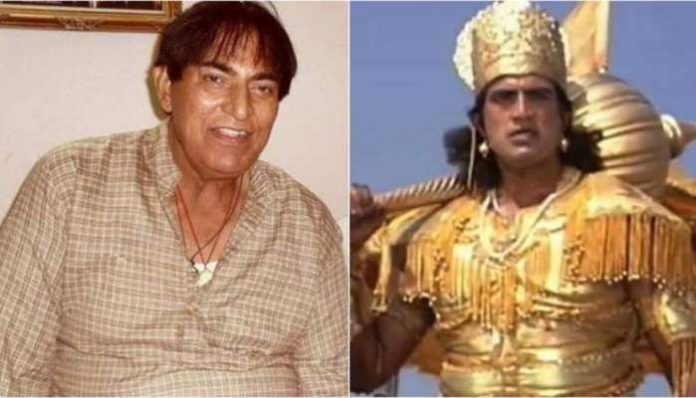 Actor-athlete Praveen Kumar Sobti, best popular for his performance as Bheem in the B R Chopra-directed TV show Mahabharat, passed on in New Delhi on Monday evening, Mr. Sobti, 74, had a heart attack at his home in New Delhi. “He had a chronic chest infection problem. At night, when he started feeling uneasy, we called the doctor at home. He passed away between 10-10.30 pm following a cardiac arrest,” a family member told PTI. Praveen Kumar Sobti was in the Border Security Force or BSF before achieving sporting glory with medals at the Asian Games and the Commonwealth Games. He later had a successful acting career and joined politics.
Praveen Kumar Sobti joined the BSF at 20. The official BSF Twitter handle posted this condolence message after Mr. Sobti’s death:

Praveen Kumar Sobti’s first film role was in the 1981 film Raksha which in he played a James Bond-style henchman. His most prominent job was Bheem in the iconic TV show Mahabharat, which ran from 1988 to 1990 and in which he was credited as Praveen Kumar. Mr. Sobti also played Saboo in the TV adaptation of Chacha Chaudhary. His extensive film credits also included Amitabh Bachchan’s Shahenshah and it was to his character that the iconic dialogue – “Rishtey mein to hum tumhare baap lagte hain, naam hai Shahenshah”- was said. He also appeared in Ajooba, Aaj Ka Arjun, Ghayal, and several other films.

Praveen Kumar Sobti joined the Aam Aadmi Party in 2013 and contested in the Delhi Assembly election. He joined the BJP the following year in the wake of loss. Mr. Sobti is survived by his wife and daughter.