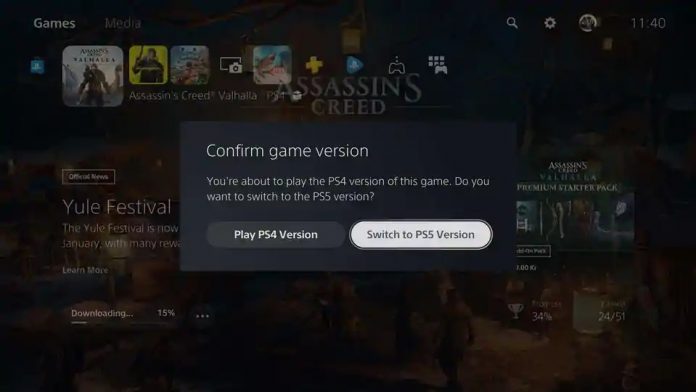 We had reported in November this year that many players were playing the PS4 forms of cross-gen games on the PS5 without releasing it. The VG247 site had revealed that early PS5 adopters were “finding that their new console sometimes defaults to the PS4 version of games”.

Sony has now added a warning notification that will help players figure out what version of the game they are playing.

Spotted and shared by @Tidux on Twitter, the PS5 will request that you confirm your game version when you begin playing. The screen capture shared shows the cross-gen game Assassin’s Creed Valhalla.

The notification prompt reads – “ You’re about to play the Ps4 version of this game, do you want to switch to the PS5 version?” The system will at that point offer you a choice to download/play the PS4 version in the event that you need or change to the PS5 form.