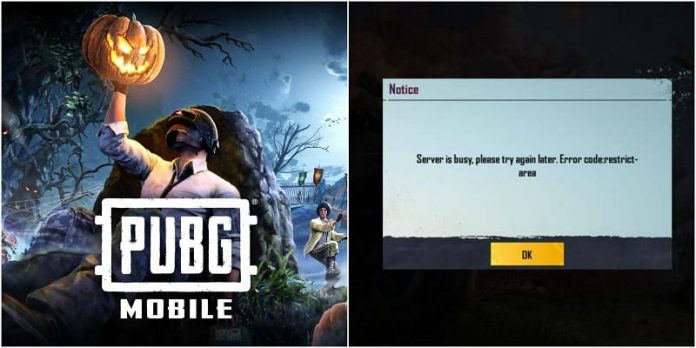 PUBG Mobile and PUBG Mobile Lite will no longer work in India from today. The company took to Facebook to announce that it will shut down all access and servers in India. The same message was also posted on the game’s community forum. The gaming app was banned by the Indian government in the second wave of the Chinese app ban over national security concerns. Along with PUBG, 117 other apps were banned in India.

Announcing the termination of services on Facebook, PUBG Mobile wrote, “Dear Fans, To comply with the interim order of the Ministry of Electronics and Information Technology dated September 2, 2020, Tencent Games will terminate all service and access for users in India to PUBG MOBILE Nordic Map: Livik and PUBG MOBILE Lite (together, “PUBG Mobile”) on October 30, 2020. The rights to publish PUBG MOBILE in India will be returned to the owner of the PUBG intellectual property.”

While users could no longer download the app from the Indian Google Play Store or the Apple iOS App Store, those who already have the game installed were in some cases playing the game. With the PUBG India servers shutting down, it is going to be more difficult for users to play the game in India. Although, we suspect that using VPN or proxy will still let some users bypass the restrictions.

“Protecting user data has always been a top priority and we have always complied with applicable data protection laws and regulations in India. All users’ gameplay information is processed in a transparent manner as disclosed in our privacy policy. We deeply regret this outcome, and sincerely thank you for your support and love for PUBG MOBILE in India,” Tencent wrote on the Facebook page.ADVERTISEMENT

Following the ban, PUBG Corporation had taken away the publishing rights of the game from the Chinese company, Tencent.

Notably, while PUBG mobile might be gone, PUBG is still available for users. This is because PUBG Mobile is the mobile version of the PUBG game, which was originally developed by PUBG Corporation, a South Korean gaming company. However, PUBG Mobile came to the shore when the Chinese company Tencent Games bought a 1.5 percent stake in Bluehole Studio. This was the version that was banned by the Indian government due to its connection with China but not the PC version of the mobile gaming app.

In the first wave of Chinese app ban in India, the government had banned TikTok and 58 other apps in India. The apps were first removed from the app stores and then blocked on the networks. This meant that people could no longer download TikTok initially and then the users that already had the app, could not use the app anymore after it was blocked by servers. Apart from TikTok, popular apps including Shareit, WeChat, CamScanner, UC Browser were also banned during the first wave of Chinese apps ban in India.