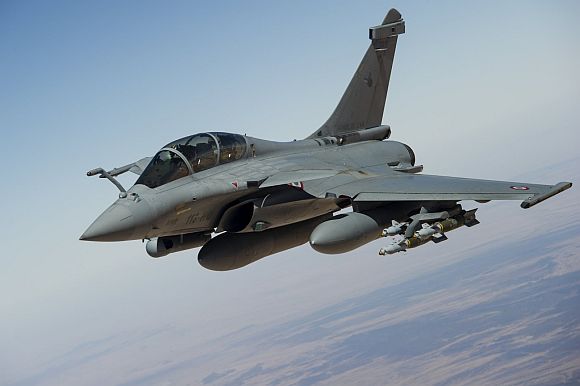 Faced with the prospect of an adversary on both western and eastern fronts, the Indian Air Force (IAF) has the French manufacturer to re-calibrate the software of Rafale Fighter Jet’s SCALP long-range air-launched cruise missile to guarantee that the subsonic weapon hits targets up to 4,000 meters above ocean level. The subsonic missile with a reange more than 300 kilometers and a 450-kilogram warhead is important for the weapon suite on Rafale Omni-role warrior of the IAF.

In simple terms, it means that the IAF’s Rafale can demolish targets located in mountains and high levels at 4,000 meters rather than the past adjustment of 2,000 meters. The tweaking of the software has been done by the missile manufacturer MBDA in consultation with the top brass of IAF.

While the next batch of three Rafale fighters are expected to arrive after 2021 Republic Day, there are plans that the aircraft will be refuelled mid-air by India’s close ally UAE air force using Airbus 330 multi-role transport tankers as they fly towards Ambala air base. As of now, seven Rafales are being used for training IAF pilots in France. The complete fleet of 36 aircrafts is planned to arrive at India by the end of 2021. One squadron of this potent fighter will be based at Ambala, the other at Hasimara airbase, which is perched on the Siliguri corridor.

Storm Shadow / SCALP can operate in extreme conditions and offers IAF a highly flexible, deep-strike capability based around a sophisticated mission planning system.

Although both China and Pakistan have developed air-launched cruise missiles, the SCALP is a unique weapon that has a fire-and-forget mechanism. Once launched from the fighter, the cruise missile drops to a terrain-hugging role between 100 to 130 feet from the ground to avoid detection by the enemy radars and jamming systems. Before approaching the target, the missile again goes up to a maximum height of 6,000 metres and then drops perpendicularly on the high-value target. The primary charge first penetrates the target, the secondary charge then blows it to smithereens.

With IAF having to defend on both the fronts and mountainous terrain on either side, airpower will have a very significant role to play in the worst-case scenario. The infantry, apart from the airborne special forces, will be used to defend both the Line of Control (LoC) and the Line of Actual Control (LAC). The SCALP’s range will be crucial to deg