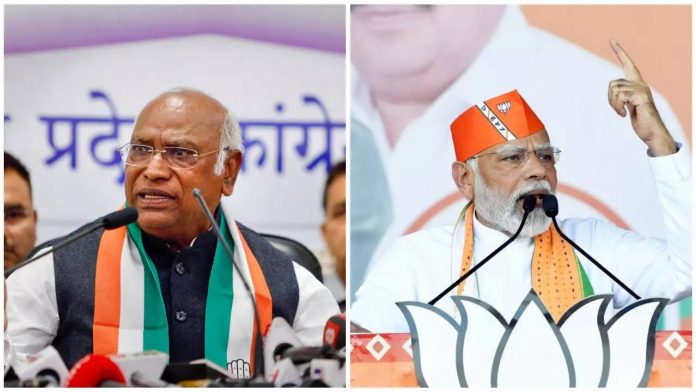 Prime Minister Narendra Modi, battling in Gujarat today, terminated back at Congress president Mallikarjun Kharge’s “Ravan” remark focusing on him. Referring to somebody as “Ravan” in the place that is known for “Rambhakts (Smash lovers)”, he remarked, tending to an enormous gathering was not alright.”

“There is a rivalry in the Congress on who will affront Modi more, utilize greater, more keen put-downs,” PM Modi said while crusading in Gujarat’s Kalol.

“A couple of days back, a Congress chief said Modi will pass on a canine’s demise, one more said Modi will kick the bucket Hitler’s demise. One more said in the event that I get an opportunity, I’ll kill Modi myself…Someone says Ravan, somebody says rakshas (devil), somebody says cockroach… I’m not amazed that Congress calls Modi names, I’m astonished – anybody would be – that in spite of utilizing such words, the Congress never has regret. Congress thinks offending Modi, the Head of the state of this country is their right.”

Mr. Kharge had offered the remarks while tending to a convention in Ahmedabad recently. “Modi Ji is Head of the state. Failing to remember his work, he continues to battle in partnership races, MLA decisions, MP decisions, all over the place… All the time he’s discussing himself – ‘You don’t need to take a gander at any other individual, simply check out Modi and vote’. How often do we see your face? What number of structures do you have? Do you have 100 heads like Ravan?” Mr. Kharge had said.

Days before him, another Congress chief, Madhusudan Mistry, had said “We need to show Modiji his aukat (status)” while looking at renaming an arena named after Narendra Modi.