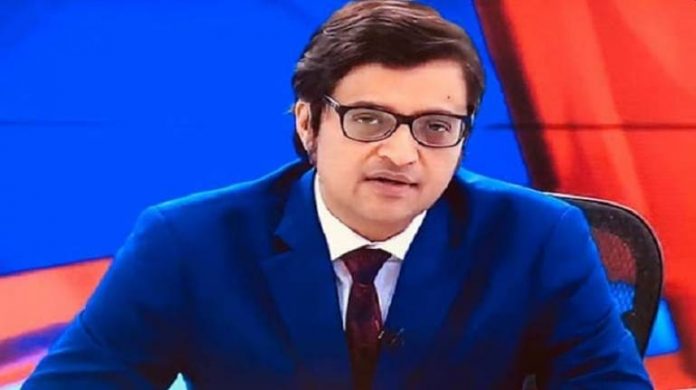 Republic TV Editor-in-Chief Arnab Goswami was arrested by Raigad police on Wednesday (November 4) morning. It is learnt that Arnab has been arrested in connection with an old abetment to suicide case. He has been arrested for allegedly abetting suicide of a 53-year-old interior designer. A police official said that an architect and his mother committed suicide in 2018 over alleged non-payment of dues by Republic TV.

Talking to Zee Media, CIU Inspector Sachin Vaje said that Arnab has been arrested under Section 306 and Section 34 of IPC.

Arnab Goswami claimed that police physically assaulted him while trying to arrest him. Republic TV reported around 10 policemen entered Arnab’s house and “pushed and heckled Arnab demanding he come out”.

It is expected that Arnab will be taken to Raigad for further questioning in connection with this case. Earlier on Wednesday, over a dozen officers of the Raigad police arrived at Arnab’s residence to arrest him.

It is to be noted that few days ago Mumbai police had registered a case in the TRP scam and summoned senior employees of Republic TV for investigation. The owners of channels Fakt Marathi and Box Cinema have already been arrested in the case.

Arnab Goswami and the Mumbai Police have been at loggerheads over several issues including the Palghar mob lynching of three monks and Sushant Singh Rajput suicide case.