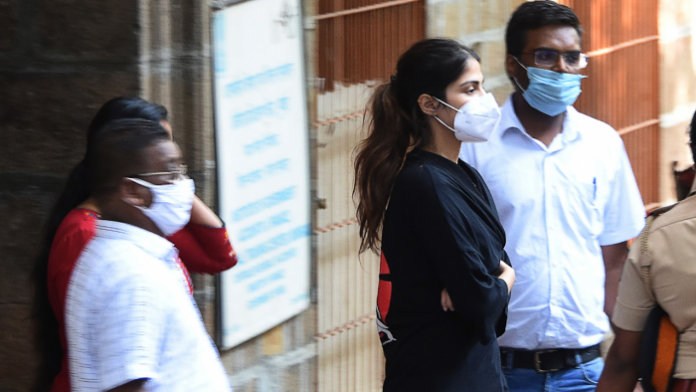 Rhea Chakraborty was arrested by the NCB (Narcotics Control Bureau) on September 9, after three days of questioning in the drug-related matter in connection to Sushant Singh Rajput ‘s death. She was sent to 14-days judicial custody, which ends today. Rhea’s bail plea was rejected by a magistrate court at that time and the actress was then taken for a medical check-up and Covid-19 test at Sion hospital, following which she spent the night in NCB’s custody and was later shifted to Byculla jail.

Earlier it was reported that Rhea Chakraborty and brother Showik would apply for bail in the High Court but they did not do as such. “Even if we get a copy of the Order today, we are not in a hurry and moving promptly… we will study the order, it’s implications and developments in the case at the NCB level and then decide. There’s no room for speculation… when it is recorded we will share a duplicate of the bail application,” advocate Satish Manshinde has shared already in a statement.

Rhea and Showik are being investigated by the NCB, after their chat records mentioned drugs and now several other Bollywood celebrity names are also emerging in the ongoing probe. Apart from Bollywood celebrities, the NCB has summoned summoned KWAN Agency CEO Dhruv Chitgopekar to join the investigation. They are also questioning Jaya Saha, who is an employee of the talent management agency KWAN and was Sushant’s talent manager.