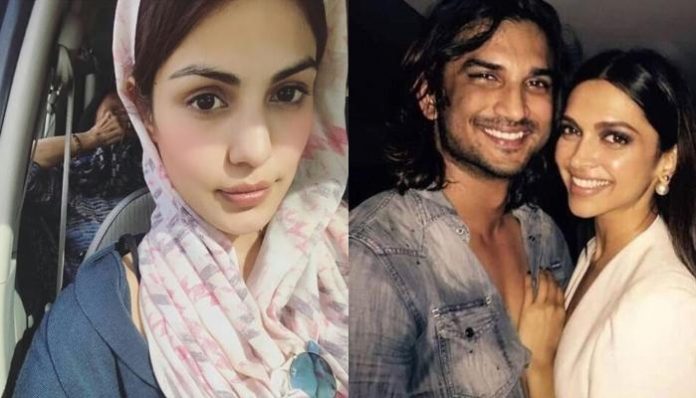 Rhea Chakraborty’s judicial custody was on Tuesday extended till 6 October by a special Narcotics Drugs and Psychotropic Substances (NDPS) Act, 1985, court. Rhea Chakraborty was arrested by the NCB (Narcotics Control Bureau) on September 8 for her alleged involvement in a drugs case linked to Sushant Singh Rajput’s death on June 14. Before this, she was remanded to 14-day judicial custody.

According to ANI, Rhea and Showik moved bail applications in the Bombay High Court in connection with the drug case related to Sushant Singh Rajput’s death. Her lawyer Satish Manshinde said that the matter will come up for hearing on Wednesday and the details of the application will be shared after the hearing, ANI added.

The 28-year-old was arrested on the basis of statements from other accused who have been arrested in connection with the Sushant Singh case. She was confronted with Showik Chakraborty, Sushant Singh house manager Samuel Miranda and his house staff Dipesh Sawant to ascertain their roles in an alleged drug racket.

A special court had denied bail to Chakraborty on September 11, saying if she was released on bail she might alert others and they might destroy evidence. In her plea, Rhea Chakraborty had stated that she was innocent and falsely implicated. She has been booked under several sections of the NDPS act.

Three other accused — Sawant, Miranda and Parihar — have already filed their bail pleas before the high court. Bombay High Court had last week adjourned the hearings on the bail pleas of three accused to September 29.

NCB had launched an investigation after it received communication from Enforcement Directorate (ED), in which there were various chats related to drug consumption, procurement, usage and transportation in connection with the Sushant Singh Rajput death case.

ED had registered an Enforcement Case Information Report in the late actor’s death case on July 31 after a first information report (FIR) was filed by Rajput’s father KK Singh against Rhea Chakraborty in Bihar on July 28.