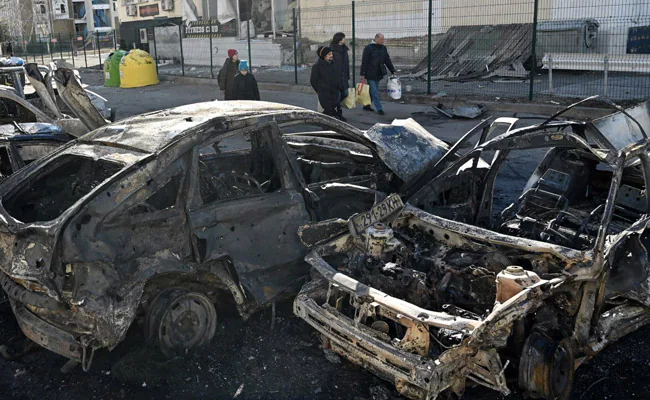 Ukraine claims that 352 civilians, including 14 children, have been killed in Russia’s offensive that began last Thursday. Negotiation talks between the two nations are on after Russian President Vladimir Putin put out his condition.

Russian artillery attacked several residential areas in Ukraine’s second-largest city Kharkiv. At least 11 civilians have been killed in the ongoing shelling of Kharkiv.

Kyiv says 352 people have been killed, including 14 children, since the attack started last Thursday. Russia has acknowledged for the first time that it has suffered losses.

More than half a million people have fled Ukraine since the start of Russia’s invasion, the UN’s refugee arm said.

Russian President Vladimir Putin told France’s Emmanuel Macron a Ukraine settlement was only possible if Ukraine was neutral, “denazified” and “demilitarised” and Russian control over annexed Crimea was formally recognized.

Negotiators from Ukraine and Russia will return to their capital cities for consultations and have plans for fresh talks, both sides announce after a first meeting since war broke out.

The United Nations General Assembly is holding a meeting on the Ukraine crisis and is set to vote later this week to isolate Russia.

For the second time in a week, India abstained on a UN resolution linked to Russia’s Ukraine invasion. New Delhi also welcomed the decision of Moscow and Kyiv to hold talks on the Belarus border.
The United States expelled 12 Russian diplomats at the United Nations over national security concerns.