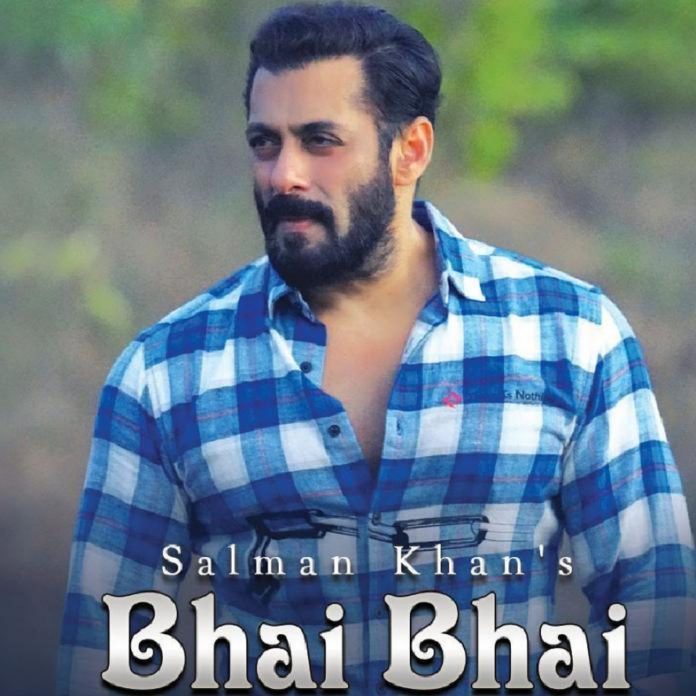 Salman Khan has released his third song for his audience on Eid. It was a never breaking streak that Salman Khan have always released a movie on Eid. This year too, he was supposed to release his film “Radhe.”

However, because of the pandemic and the lockdown, his new movie became a history. But, Sallu Bhai wouldn’t afford to disappointment his public, would he?

This year, he has come up with a new song named “Bhai Bhai” sung and acted by himself. Ruhan Arshan has given is voice too. The song is composed by the duo Sajid and Wajid and written Danish Sabri. It was shot at Salman Khan’s farmhouse at Panvel.

He has captioned the song as “A beautiful gift for all of you on this auspicious occasion of Eid. Listen to Bhai Bhai and spread the brotherhood. Eid Mubarak everyone!”

The song Bhai Bhai is clearly about brotherhood among the religions. With the social message of religion equality, Salman Khan has conveyed to focus on problems that the country is going through, instead of complaining and blaming on religions.

He has posted the song on instagram with the caption, “Maine aap subb ke liye kuch banaya hai, dekh ke batana kaisa laga… Aap subb ko eid mubarakh … #BhaiBhai (I have made something for all of you. Let me know how do you like it)”

The music video recieved massive praise and response and he is impressed with that. He came up on his social media handles and thanked the public by saying, “Thank u for the response on bhai bhai , please make the younger generation hear this song again n again , your younger siblings , your kids etc .thank u 1s again ,may God be vit u n protect u.”

He wants the audience to visit it again and again and also let the younger generations learn the social message delivered in the song.

He has also distributed Eid feasts to 5000 underprivileged families on the festival.

After Pyaar Karona and Tere Bina, this is his third song in lockdown. Seems he has making the most of the free time.