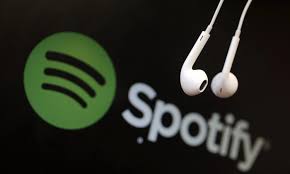 Spotify might be gearing up to launch a subscription podcast service soon that will offer access to original shows or some exclusive episodes for a monthly fee. The service was described in a survey sent out through Spotify’s app as per a report by Andrew Allenstein, the president of Variety’s Intelligence Platform.

As per the survey, there might be at least four potential subscription plans ranging from $3 to $8/month. The cheapest plan would give users access to exclusive interviews and episodes but will still have ads and the most expensive plan will get access to high-quality original content, early access to some episodes and no ads. However, none of the plans include access to Spotify’s music subscription.

A Spotify spokesperson indicated that the survey is not “concrete product plans”.

“At Spotify, we routinely conduct a number of surveys in an effort to improve our user experience. Some of those end up paving the path for our broader user experience and others serve only as important learnings. We have no further news to share on future plans at this time,” the spokesperson told The Verge.

This basically means that there is no guarantee if Spotify will actually follow through with the launch of the service. And that is not surprising because companies often survey customers about potential new products and chart their plans based on the survey results.

But the fact that Spotify is surveying users means that it may be considering the launch of some of form of subscription podcast plan which may or may not be exactly like what’s described on the survey.

The platform has been making significant investments into podcasting over the last couple of years and has acquired many major podcast producers including Gimlet, The Ringer, Parcast and others and has also signed exclusive podcast deals with Michele Obama, Kim Kardashian and Joe Rogan. Spotify has also been promoting podcasts inside their app.

Podcasts offer a “lucrative opportunity” for Spotify since it does not have to pay licensing fees and royalties to stream them, but can still make money on subscriptions and app-inserted ads.

Spotify will eventually want to make money off the “huge sums it has sunk into podcasting” and a subscription plan might be one of the ways.

Apple iPhone 13 May Come With A Smaller Notch, 120Hz Panel