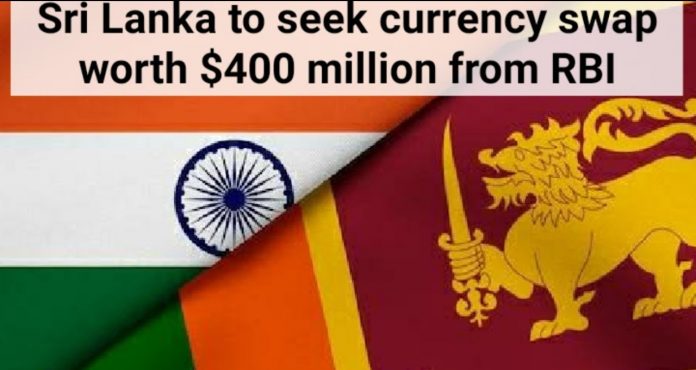 To maintain financial stability, it is probable that Sri Lanka will conclude a $400 million foreign currency exchange deal with the Reserve Bank of India, the Top Minister said. The Cabinet has currently accepted a plan brought forward by Sri Lankan Prime Minister Mahinda Rajapaksa as Finance Minister, to enter into a financial facility arrangement with RBI to confirm with short-term external liquidity criteria.

The government of Sri Lanka is going to negotiate the $400 million Bilateral Currency Swap Agreement with the RBI. The RBI facilities should support the foreign reserves of the island country, says Gunawardena according to PTI.

In order to sustain the economic crisis Covid-19, Sri Lanka has taken significant policy steps. So far 373 people were involved and there were seven fatalities.

Gunawardenas addressed the Cabinet media briefing on Thursday, which centered on controling the coronavirus pandemic, its progress, and the distribution of supplies and support for the poor, said the meeting Chaired by Chairman Gotabaya Rajapaksa.

The Minister had claimed that countries worldwide are battling the plague that has weakened the economies since World War II. There is no remedy to the problem for a single nation alone.

Therefore, in order to guarantee the country’s financial security, the Cabinet of Ministers accepted this plan, said Gunawardena. In order to avoid non-essential products, Sri Lanka has requested import restrictions.

The move is also taken in view of the historic low of local rupee relative to the US dollar. The rupee currently flies to the dollar above 195 and is marginally down to 200 points. The Government has also confirmed negotiations with the Asian Development Bank and China’s Asian Finance Infrastructure Fund. The ADB is projected to have a $300 million budget boost, officials stated.

Fitch warned Sri Lanka that it will change its soft-peg on Wednesday and obstruct Sri Lanka’s domestic operations department’s capacity to inject vast amounts of cash below the ceiling mark to prevent monetary uncertainty.

Sri Lankan President Gotabaya Rajapaksa said during the March video conference with Prime Minister Narendra Modi, along with leaders from SAARC nations: “Our economy has taken a severe blow due to the coronavirus, particularly in tourism… Our experts are also adversely affected.”

Tourism is Sri Lanka’s third biggest foreign cash income. The decline in visitor arrivals has adversely influenced the tourism sector of the island country. Most of the pandemic of COVID-19 has contributed to a 3% decline this year in the World Bank’s economy versus an projected 2,4% of expansion over the last year, although the IMF forecast has also predicted a 3% decline in the global economy.