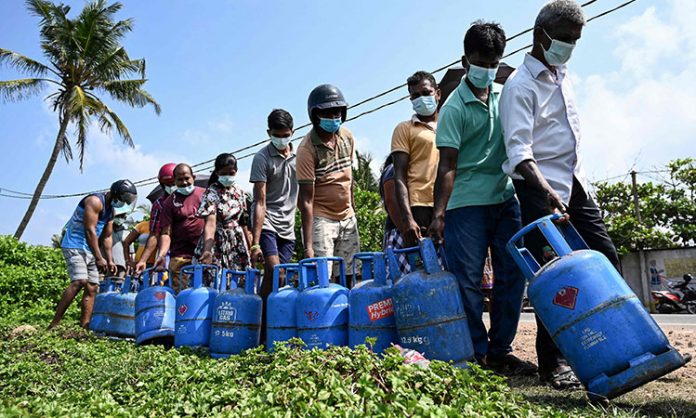 Another Sri Lankan Cabinet is expected to be sworn in today as part of the government’s offer to tackle the raging public anger against the continuous economic difficulties caused by the island nation’s worst economic crisis.

All 26 ministers in the cabinet beside President Gotabaya Rajapaksa and his brother Prime Minister Mahinda Rajapaksa submitted letters of resignation at a late-night meeting yesterday.

Internet service providers were ordered to block access to social media platforms, including Facebook, WhatsApp, and Twitter, but the blackout did not deter several small demonstrations across Sri Lanka. The social media curbs were lifted in the second half of Sunday.

President Gotabaya Rajapaksa imposed a state of emergency on Friday, the day after a crowd attempted to storm his home in the capital Colombo, and a nationwide curfew was in effect until today morning. At least 664 people were arrested for violating the curfew, officials said.

Western diplomats in Colombo have expressed concern over the use of emergency laws that allow the military to arrest and detain suspects and said they were closely monitoring developments.

The escalating protests have led to fissures within the government, with the president’s nephew Namal Rajapaksa condemning the partial internet blackout.
“#GoHomeRajapaksas” and “#GotaGoHome” have been trending for days on Twitter and Facebook in the island nation, which is battling severe shortages of essentials, sharp price rises, and crippling power cuts in its most painful downturn since independence from Britain in 1948.

A critical lack of foreign currency has left Sri Lanka struggling to service its ballooning $51-billion foreign debt, with the COVID-19 pandemic torpedoing vital revenue from tourism and remittances.
The South Asian nation is facing severe shortages of food, fuel, and other essentials — along with record inflation and crippling power cuts — in its most painful downturn since independence from Britain in 1948. Sri Lanka is negotiating with the International Monetary Fund for a bailout.