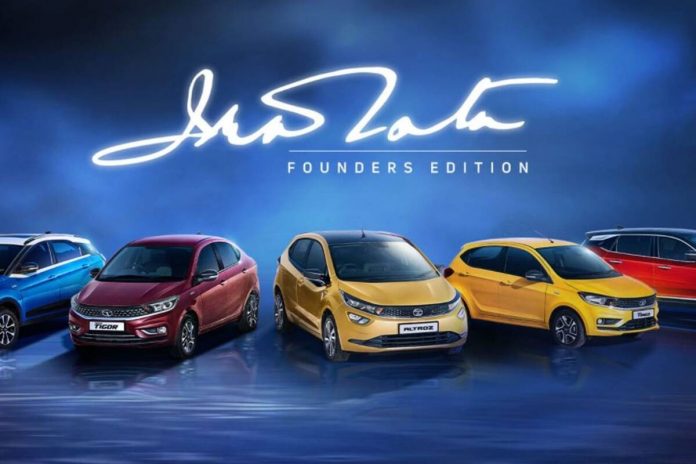 Tata Motors has launched special ‘Founders Edition’ version of all its existing models in order to commemorate 75 years of its operations. The company was established back in 1945 by J.R.D Tata.

On the outside, the special edition models of the Tata cars come with a new logo, with brand’s signature blue colour. The J.R.D Tata’s signature has been added on all five cars which receive four insignias each – on the front fender above the wheel, C-pillar, tailgate, and the last one the dashboard.

The company is yet to announce if the new Founders Edition cars are limited to a specific trim or whether they can also be bought in any trim option. The customer opting to go for these models will also receive a postcard from the Iconic Series depicting Tata’s journey along with a photo frame.

As far as mechanical changes are concerned, they are none. All cars remain unchanged as they come plonked with the same engine and transmission choices.

Amazon expanding in grocery and food-delivery firms; Zomato, and Swiggy to start home-delivery of liquor