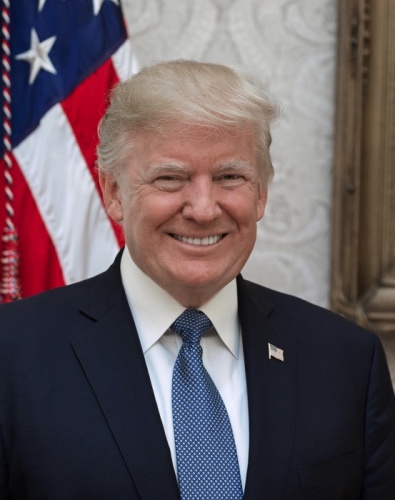 The nomination was submitted by Norwegian politician Christian Tybring-Gjedde, a member of the Norwegian Parliament. He nominated Trump citing his “key role in creating new dynamics in other protracted conflicts, such as the Kashmir border issue between INDIA and Pakistan”.

In an exclusive interview to Fox News, Norwegian politician Tybring-Gjedde praised Trump for his efforts towards resolving protracted conflicts worldwide.

“For his merit,I think he has accomplished more attempting to create peace between countries than most other Peace Prize nominees,”a four-term member of Parliament who also serves as chairman of the Norwegian delegation to the NATO (North Atlantic Treaty Organization) Parliamentary Assembly, told Fox News in an exclusive interview.

In his nomination letter to the Nobel committee Tybring-Gjedde said that the Donald Trump administration has played a key role in the establishment of relations between Israel and the United Arab Emirates.

“As it is normal, other Middle Eastern nations will follow in the footsteps of the United Arab Emirates, this agreement could be a game-changer that will transform to the Middle East into a region of cooperation and prosperity,” he wrote.

Likewise refered to in the letter was the President’s “key function in encouraging contact between conflicting parties and …making new elements in other extended clashes, for example, the Kashmir Border issue among INDIA and Pakistan, and the conflict between North and South Korea, just as managing the atomic abilities of North Korea.”

Tybring-Gjedde further praised Trump for withdrawing a large number of troops from the Middle East. Undoubtedly, Trump has broken a 39-year-old dash of American Presidents either beginning a war or bringing the United States into a worldwide armed conflict. The last president to avoid doing so was Peace Prize laureate Jimmy Carter,” he wrote.

On Tuesday, a White House official announced Trump will hold a signing ceremony on September 15 for a groundbreaking Middle East agreement normalizing relations between Israel and the United Arab Emirates.

In a deal brokered by the US, Israel and the UAE a month ago had agreed to normalize their relations, and an agreement on the mutual establishment of embassies is expected to follow in the coming three weeks. In exchange, Israel said it would halt its plans to formally annex parts of the West Bank.