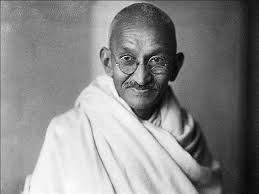 As the world remembers Mahatma Gandhi on his 151st birth anniversary as a pivotal figure in India’s fight for independence, United States Congressman Raja Krishnamoorthi on Thursday introduced a bipartisan resolution to honour his life and legacy. A press release issued by Krishnamoorthi’s office said, “Despite facing tremendous hardship and injustice throughout his life, Gandhi never wavered in his fight for freedom, dignity and equality for all. The example he set continues to inspire thousands of people young and old across the world today.”

Some of the key points in the resolution include:

1. Celebrating the life of Mahatma Gandhi

2. Encouraging American citizens to observe the International Day of Non-Violence.

3. Supporting freedom of religion across the world.

4. Recognising that elections, democracy and freedom are essential rights for all.

Meanwhile, another Congressman Brad Sherman said that apart from celebrating Gandhi’s birth anniversary, one must also honour his extraordinary life and enduring legacy of non-violence and equality.