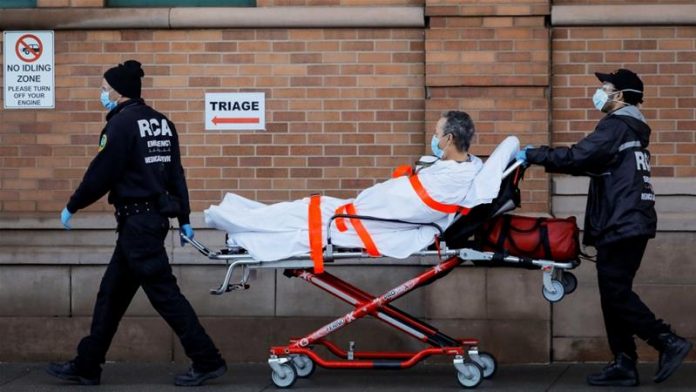 With the Covid-19 havoc widespreading the globe, United States has reportedly crossed over 23,000 deaths. US has also encountered the highest death rate due to Corona in a single day. ANI reports that more than 2000 people died in a single day in US on 10th of April 2020

In a recent Press conference, the US president, Donald Trump said, America is continuing to make critical progress in our war against the virus. Over the weekend the number of daily new infections remained flat nationwide; hospitalizations are slowing in hotspots like New York, New Jersey, Michigan, and Louisiana,”

Trump also said, that his strategy to combat corona is showing good results as the hotspot, that is, New York has shown degrading numbers of deaths. He believes that if they follow the same strategy strictly, US will be virus free soon.

The governor of New York says that the worst is over.

It is not a hidden fact that the US is the nation which has the highest number of Corona positive patients, followed by Spain, Italy, France and Germany.

Italy has recorded the positive cases to be around 160000. On the other hand, records of Spain says around 170000 cases have been found.

Corona Virus has resulted in breakdown of the whole world. More than 2 million people have been found Corona positive till date, with about 120000 deaths.

India too, is fighting the increasing number of cases. Indian Prime Minister Modi has ordered to extend the lockdown till 3rd of March with the hopes of flushing out corona virus completely from India.