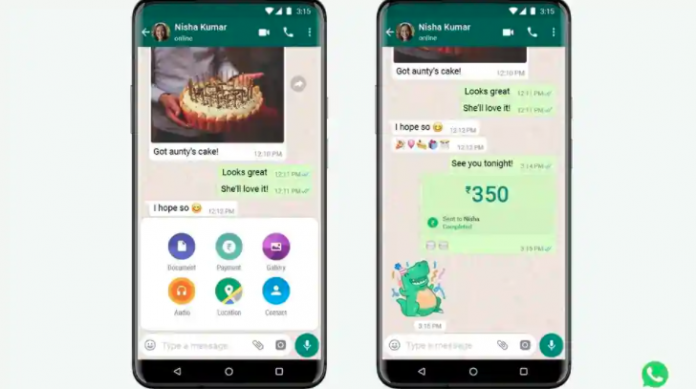 WhatsApp finally received the approval to launch its UPI-based payment system in India after running it in beta for over two years. The Facebook-owned company has now announced WhatsApp Pay is available to all users on Android and iOS in India.

The National Payments Corporation of India (NPCI) on Thursday gave the approval for WhatsApp Pay to expand in India in a graded manner. NPCI allowed a cap of 20 million users for WhatsApp Pay in the first segment. WhatsApp has a user base of 400 million in India.

“We’ve been working on this with the National Payments Corporation of India, who oversee everything to make sure it’s secure and reliable. And we’ve built it using India’s Unified Payments Interface, which makes it easy for anyone to instantly accept payments across different apps — and for companies to provide people with great services,” Facebook CEO Mark Zuckerberg said in a statement.

“With UPI, India has created something truly special and is opening up a world of opportunities for micro and small businesses that are the backbone of the Indian economy. India is the first country to do anything like this. I’m glad we were able to support this effort and work together to help achieve a more digital India. I want to thank all our partners who’ve made this possible,” he added.