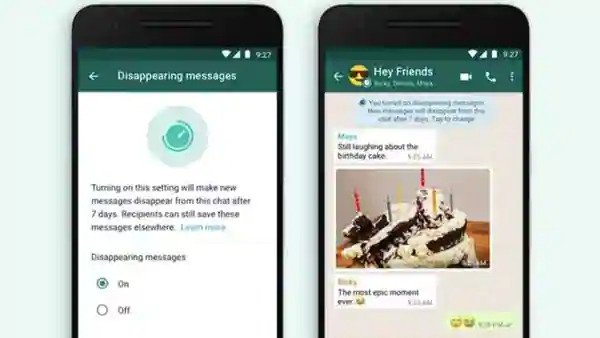 WhatsApp beta users on Android can start using the new feature. It’s slowly rolling out and available with WhatsApp beta version 2.20.206.9. Since it’s a slow rollout, it may take time to reach all beta users, WABetaInfo noted. WhatsApp beta users can check if the feature is available. Open contact info and see if there’s a new row for disappearing messages. For group chats, admins can check the same through group info.

WhatsApp’s disappearing messages feature does come with a few limitations though. The content of the messages will still be visible in notifications preview even if it disappears after seven days. Messages which are quoted and replied will also remain in the chat even if the original text disappears.

WhatsApp is expected to roll out disappearing messages to its iOS beta app as well. It should soon reach the stable version so all users can start using it.