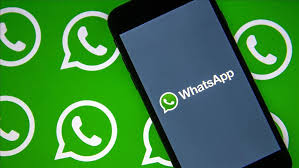 WhatsApp is reportedly testing a feature that will allow users to mute a video before sending it to a contact. Simply dubbed as Mute videos, this feature is being rolled out to WhatsApp beta users who will likely need to be on the latest version of the beta – 2.21.3.13. Releasing a feature to the beta version of the app means the company is testing it out and gathering feedback from its WhatsApp beta users to know if there are any bugs or issues.

WhatsApp beta users who are on version 2.21.3.13 should be receiving a Mute videos feature that will allow them to mute clips that they want to share with contacts before actually sharing them. A report by WhatsApp features tracker WABetaInfo shows that the Mute videos option will be located on the video-editing screen. It appears to come in the form of a volume icon under the seek bar, tapping on which would likely mute the outgoing video.

Rest of the options remain the same with an emote option, text option, and edit option. As of now, it is unclear when this feature will make its way to the stable version of the app.

Recently, it was reported that WhatsApp is testing multi-device support that would allow users to enable WhatsApp access simultaneously on multiple devices. References to this feature were found in WhatsApp 2.21.1.1 beta for Android.

The Facebook-owned messaging service tweaked its privacy policy earlier this year that caused quite a lot of backlash. Users started migrating to other services like Telegram and Signal, leading to their user base spiking. A recent report showed that Telegram was the most downloaded non-gaming app worldwide in January 2021 while WhatsApp slid to the fifth position from the third place.