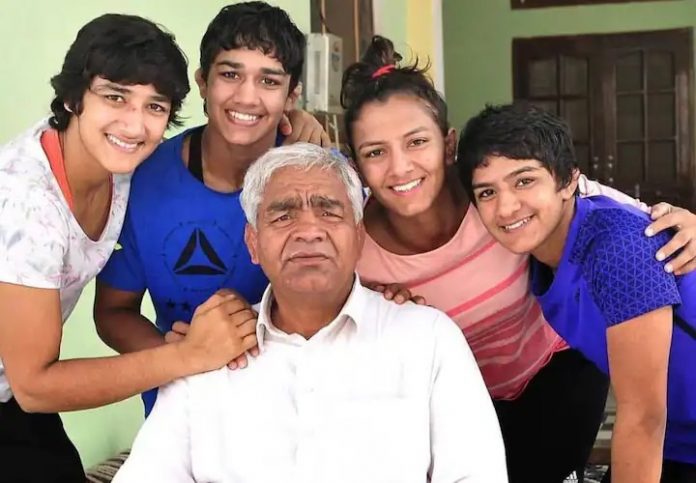 Ritika Phogat, a cousin of champion wrestler Geeta and Babita Phogat, passed on by suicide on Monday, the Haryana police said today.

The police said Ritika Phogat, 17, was believed to be upset at narrowly losing a wrestling tournament final. She had participated in a state-level competition at Bharatpur in Rajasthan between March 12 and 14.

“Ritika, wrestler and cousin of Babita Phogat, died allegedly by suicide on March 17. The reason behind it might have been her defeat at a recent wrestling tournament in Rajasthan. Investigations are underway,” Ram Singh Bishnoi, Deputy Superintendent of Police, Charkhi Dadri, told news agency ANI. According to the police, she had been depressed about losing the final by one point.

She was found dead at the home of her uncle and wrestler Mahavir Singh Phogat late Monday. Ritika had trained with Mahavir Phogat, a Dronacharya award winner who runs a sports academy. Geeta Phogat’s post reflected the family’s shock and grief.

“May Ritika, my little sister, my cousin, rest in peace. This is a very tragic time for my family. Ritika was a very able wrestler..don’t know why she did this. Winning and losing is a part of life and no one should take such a drastic step,” she tweeted in Hindi.

The teenager’s cousin Harvindra Phogat said the family never realized how deeply she had been affected by the loss. Both her dad and Mahavir Phogat had been present at the tournament.

Mahavir Phogat’s life and the story of how he prepared girls Geeta and Babita inspired the 2016 Aamir Khan blockbuster “Dangal”.