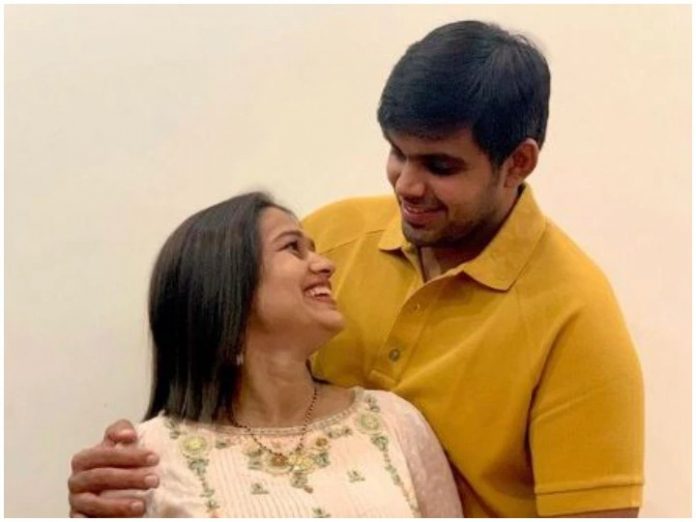 Just when we were celebrating the birth of Anushka Sharma and Virat Kohli’s first child, another good news has surfaced on social media at sometime back. Renowned wrestler Babita Phogat and her husband Vivek Suhag also announced the birth of their child kid on exactly the same day during the night hours. Not only that but CWG gold medalist also gave a glimpse of the little munchkin on social media. This is probably the cutest picture on the internet tonight!

Both Babita and Vivek can be seen lovably holding their baby boy in one of the photos while in the second mother, the doting mother joyfully poses for the camera with the little one. Aside from that, the Indian wrestler has penned down a rather sweet and heartfelt note along with the pictures that reads, ‘Meet our little SONshine. Believe in dreams; they do come true. Ours came dressed in blue!’ As soon as she shared the pictures on her Twitter handle, the comments section was showered with wishes.

A few of months back, the wrestler turned politician also shared lovable pictures from her baby shower on social media. For the unversed, she got married to Vivek Suhag back in December 1, 2019. TBoth of them were also a part of the reality show Nach Baliye 9 and won hearts with their amazing chemistry and dance moves there. Fans were left elated when she announced her pregnancy earlier last year.

We send our heartiest wishes to the couple.