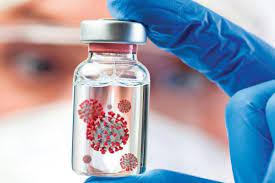 India has not officially reported any confirmed cases of the XE variant. The Mumbai civic body on Wednesday declared the first case of the XE variation, however, the central government disagreed with the findings.

The centre’s research body, INSACOG, stated that the case will have to be re-examined. “There is a need to reconfirm the case and find out whether the sample is infected with the “recombinant” variant or multiple exposures to the virus variants. We will run genome sequencing again to check for multiple exposures,” INSACOG sources told India Today TV.

The sample will be sent to the National Institute of Biomedical Genomics (NIBMG) for further analysis to confirm the new variant.

However, this strain of the SARS-CoV-2 infection has been found in a few nations since it was first found in the UK in January this year.

The XE variant is a ‘recombinant’, which means it is a mix of the BA.1 and BA.2 varieties of Omicron. Recombination is fairly common with coronavirus and is an expected mutational event.

The BA.1 and BA.2 are two prominent sub-variants of the Omicron variant — which is responsible for over 90 per cent of the infections detected in 2022. In India, it was the BA.2 that was the most dominant during the third wave. There is another less common sub-variant — BA.3.

The BA.2 was found to be slightly more transmissible than BA.1. It has spread across the globe, accounting for almost 94 per cent of all Omicron infections in the last one month, as per the WHO.